CLOSER TO A CURE

Research teams at Kyoto University in Japan and the National Institute of Radiological Sciences have taken another step on the journey to cure Alzheimer’s disease, a dementia which is currently incurable and difficult to prevent. The eight month study was published in British science journal Nature. The vaccine was found to reduce dementia-like symptoms in mice. This was done by blocking a protein called the “tau” protein.

This tau protein is an amyloid-beta which creates gunk in the hippocampus, the part of the brain that serves many functions including short-term experiential memory storage. The vaccine stimulated the mice immune systems and produced anti-bodies which fought the tau proteins. This has been pharmaceutically impossible (or rare) so far. The mice had more than twice the amount of antibodies than the ones who hadn’t received the vaccine. Their brains were two-thirds less atrophied than the others, too. Finally – and probably the most exciting when it comes to vaccine development – no negative side effects were recorded in the mice during or after the trial.

“Much more research is necessary for the vaccine to be used in humans, but it is an accomplishment that can contribute to the development of a dementia cure,” said Haruhisa Inoue, a professor at Kyoto University and member of the research team which created the vaccine. According to Inoue, Japan has about 3 million Alzheimer’s patients, while the American Alzheimer’s Association suggests that more than 5 million Americans have the disease. 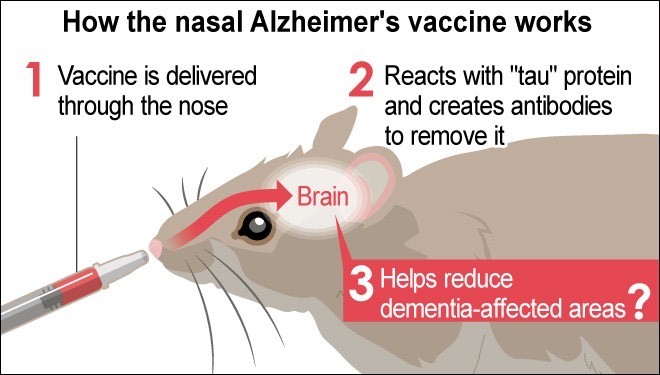