HOW ALZHEIMER’S AFFECTS THE BRAIN

Alzheimer’s disease is the most common cause of dementia. But what actually happens to the brain in patients affected by this disease?

The brain is made up of billions of tiny nerve cells. Two key proteins become abnormal in Alzheimer’s disease. The first is called amyloid, which becomes sticky and forms “plaques” around the cells, disrupting electrical signals. The other protein is called tau. This forms tangles inside the cells, stopping them from working properly. To complicate matters, more recently we have learned that other proteins and changes in the blood vessels can also add to the problems related to Alzheimer’s disease.

When lots of nerve cells die due to these changes, parts of the brain can appear to shrink in size. This can sometimes be seen on brain scans.

The hippocampus is affected very early in Alzheimer’s disease. This part of the brain is vital for making new memories. For this reason, one of the first symptoms can be forgetfulness. The loss of nerve cells can also cause low levels of a chemical messenger in the brain. This messenger is called acetylcholine and it is very important for the thinking process and your loved ones memory.

Alzheimer’s disease is a progressive condition, meaning it gets worse over time. New symptoms develop, depending on which brain areas are affected. This may change or cause agitation, depression and wandering in some people. In the later stages, some people may experience hallucinations, such as hearing voices, or delusions, which are false beliefs about the world around them. Treatments and medications are available to help improve symptoms, but we do not currently have treatments that stop or reverse the damage caused by Alzheimer’s disease. For more information about the affects Alzheimer’s has on the brain please consult with your physician or neurologist.

Sensations prides itself on being a safe facility that specializes in dementia and Alzheimer’s disease. Each of Sensations’ design elements ensures safety and security for our residents. If you have a loved one who has been diagnosed with memory impairment and are looking for information, please feel free to call us at (517) 543-8101. Our office hours are Monday-Friday from 9 a.m. – 5 p.m. 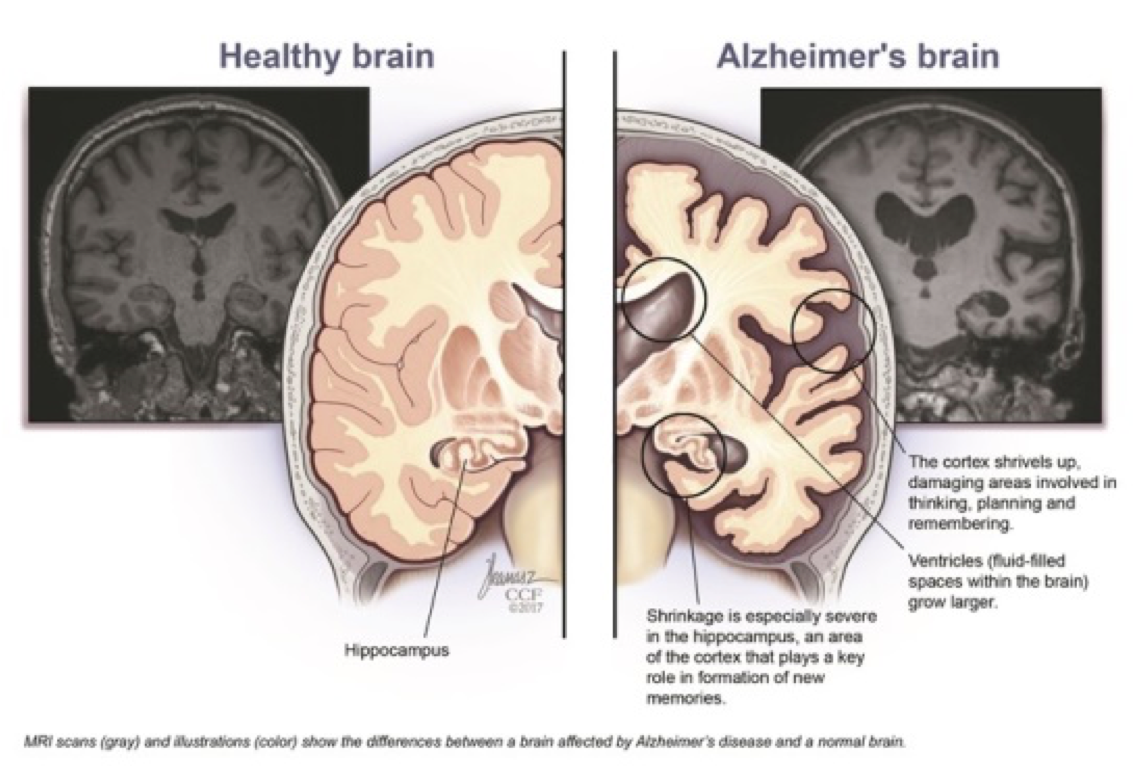